Back to LUMIFY HOME for Consumers

Was a trial conducted between LUMIFY and currently available OTC redness reliever eye drops?
In a small phase II clinical study (n=68), brimonidine tartrate 0.025% showed a statistically significant difference in redness reduction compared to placebo and oxymetazoline 0.025%.
What % of benzalkonium chloride (BAK) preservative is in LUMIFY?
The majority of commercially available topical eye drops contain BAK. The concentration of BAK in LUMIFY is 0.01%, which is lower than the maximum 0.02% allowed by the FDA.
Were there any incidences of allergic reaction to low dose brimonidine tartrate?
No evidence of allergic reaction to LUMIFY was reported in clinical trials.
What types of patients/specialties would LUMIFY be good for?
LUMIFY is approved for redness relief due to minor eye irritations for adults and children 5 years of age and over. For children under 5 years of age: consult a doctor.
How will LUMIFY affect pupil dilation?
In clinical studies, LUMIFY had no impact on pupil dilation. LUMIFY does not have this warning on its label like many other redness relievers.
What is the difference between LUMIFY and current OTC redness relievers?
Other redness relievers are either alpha-1 or alpha-1/alpha-2 mixed receptor agonists which reduce redness by generalized constriction of both arterioles and venules, resulting in a potential restriction of blood and oxygen through the eye. Because of activity on the alpha-1 receptor, there is an increased risk for the side effects of rebound redness and loss of efficacy over time. LUMIFY is different. It is a selective alpha-2 receptor agonist which reduces redness by constricting the venule, alleviating the potential decrease of blood and oxygen through the eye, and with minimal to no activity on the alpha-1 receptor, has a low risk of redness rebound of loss of efficacy over time when used as directed.
Can LUMIFY be used to counteract rebound redness from other glaucoma treatments?
Although not tested or evaluated in clinical trials, there is no contraindication of LUMIFY with other drops. If using other ophthalmic products while using LUMIFY, wait at least 5 minutes between each product.
Was there an intraocular pressure (IOP) lowering effect?
In phase 3 clinical studies there was no statistically significant evidence of IOP lowering.
Does LUMIFY cause rebound redness and tachyphylaxis similar to other OTC redness relievers?
In clinical trials, participants using LUMIFY had a low incidence of rebound redness and no tachyphylaxis. These adverse events are believed to be due to activity on the alpha-1 adrenergic receptor. Unlike other OTC redness relievers, which are either selective alpha-1 AR agonists or mixed alpha-1/alpha-2 AR agonists, LUMIFY is a selective alpha-2 AR agonist with an alpha-1:alpha-2 affinity ratio of 1:1000 which minimizes the potential for these adverse events.
How long does LUMIFY last?
Up to 8 hours. In clinical trials, 79% of patients still showed a statistically significant difference at 8 hours.
How quickly does LUMIFY work?
In 1 minute. In clinical trials, 95% of patients showed a statistically significant difference at 1 minute.
What were the most common side effects in clinical trials?
In clinical trials, a small number of people reported either itching, foreign body sensation, tearing or pain which were temporary and mild to moderate in severity.
How often can my patients use LUMIFY?
Patients should be advised to instill one drop in each eye that needs it every 6-8 hours. Do not use more then 4 times a day. As with other OTC redness relievers, patients should stop use and ask a doctor if they experience eye pain, changes in vision, redness or irritation that worsens or lasts more than 72 hours (3 days).
How did LUMIFY obtain FDA approval?
LUMIFY has been authorized for distribution by the FDA after review of our clinical trial program, in which six clinical studies were conducted to evaluate the safety and effectiveness of LUMIFY (brimonidine tartrate, 0.025%) in relieving ocular redness.

LUMIFY is so effective at reducing redness, your patients can see the difference almost immediately.* 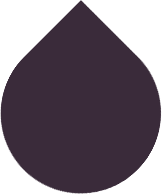 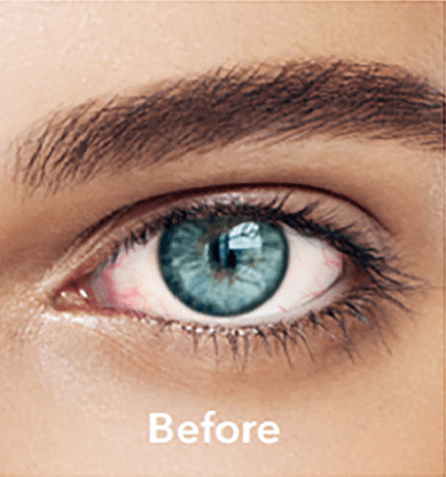 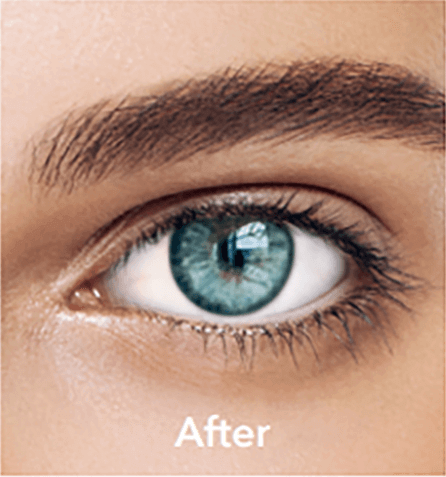 Overall, six clinical studies were conducted in over 600 patients to evaluate safety and efficacy,
with no evidence of allergic reactions reported.

LUMIFY is the only OTC
redness reliever that primarily
constricts the venule.
watch the video >

LUMIFY is a unique, patented formulation that is the only a2-AR agonist to primarily constrict the venule.

Adults and children 5 years of age and over:

Children under 5 years of age: consult a doctor

For external use only

Stop use and ask a doctor if

If pregnant or breast-feeding, ask a health professional before use.

Keep out of reach of children. If swallowed, get medical help or contact a Poison Control Center right away.

Thank you for subscribing to our
newsletter! Stay tuned for news and
product updates.